The transition of relocating a dojo is a compilation of numerous factors. From an outside perspective, it may appear like something uncomplicated. The reality is that it takes much organization, planning, teamwork, and follow-through. We here at Goju-Ryu Seiwa-Kai Karate of LA have an amazing team that has pulled together to get the dojo one step closer to being fully open.

Whether it’s been knocking down walls to create more open training space, working long hours on the business planning process, or moving equipment from point A to point B—the dedication and commitment from our core karateka group and board members has been an amazing display.

This is an illustration of the warrior spirit within the dojo family. As a result, training at our new dojo became a reality this past week. And although there is still much work to be done, we are getting one step closer every day!

We will be opening our doors to returning karateka THIS MONDAY, October 11th! For everyone who is rejoining us, we will offer training for the rest of October for FREE. We hope to see all of you there! 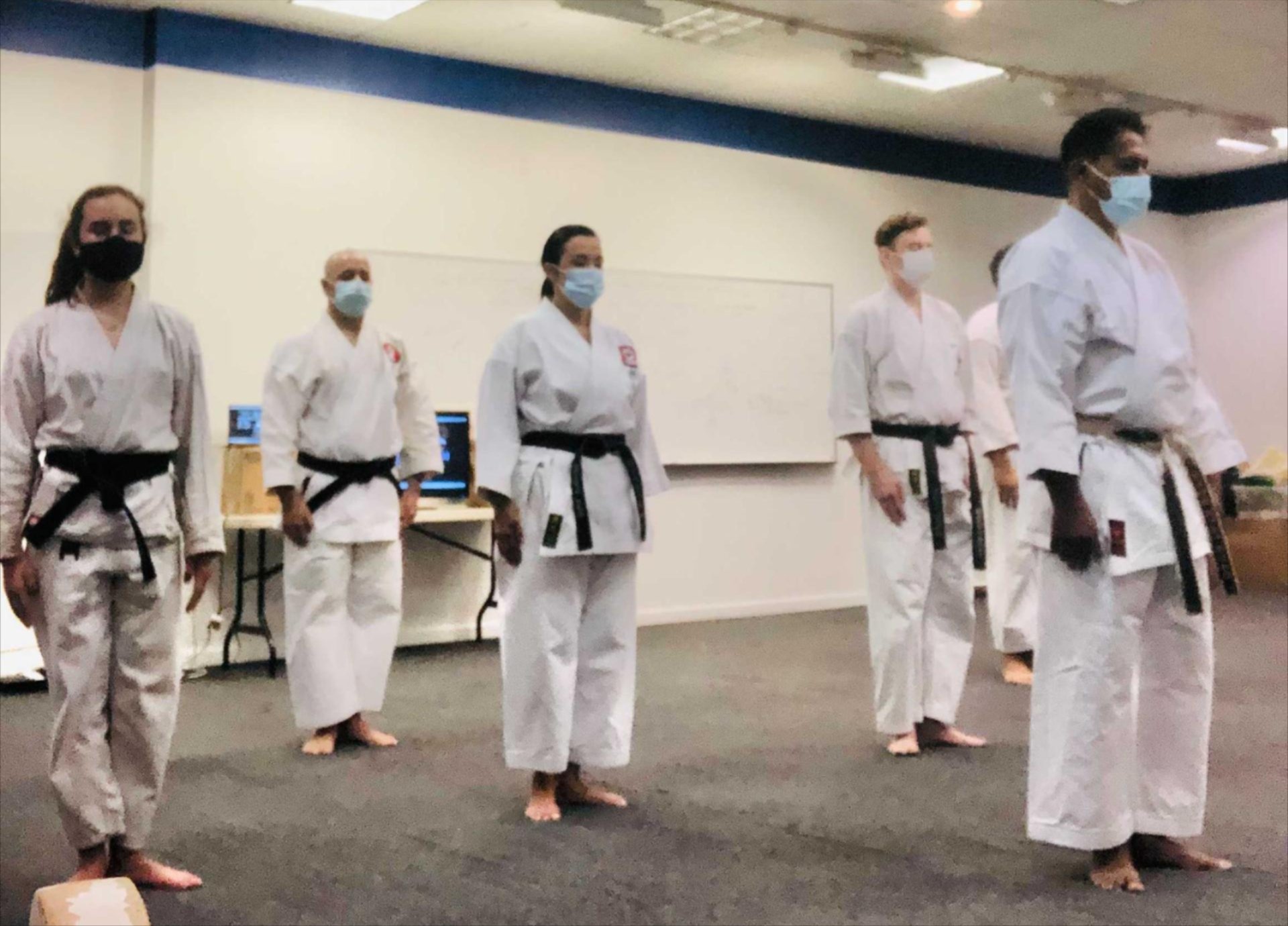 THIS WEEK IN TRAINING

This past week was very exciting for Goju-Ryu Seiwa-Kai Karate of LA. We were able to open the dojo floor for in-person training for both Kids’ and Adults’ classes. Those that train via Zoom were able to also join.

John Senpai started off the kids classes with an, energetic warm-up using a series of core calisthenics and stretches. He then moved on to kihon drills entailing combinations of blocks, punches, and kicks. Kata was performed by students with Senpai’s direction in the form of Saifa, Sanseiru, and Sanchin. Lastly, the bag was brought out for some challenging kumite drills.

The Adults’ class followed with Senpai Matt drilling students with a high intensity interval training warm-up. Next, Vassie Shihan directed practitioners in grueling kihon drills while in shiko-dachi (horse stance). Kata work was next with the focus on Sanseru, Sepai, Seinchin, Tenso, and Sanchin. Students got to work on the designated kata for their next level of testing as Shihan guided them—which is something very specialized to the particular karateka and skill level. Finally, a quick burst of kumite (light sparring) finished the training session. And although there wasn’t a dry dogi (karate uniform) in the room, students seemed spirited and lively.

This is only the beginning of this new chapter for Goju-Ryu Seiwa-Kai Karate of LA. We’ll see you at the dojo!

Please come to the dojo and join us! 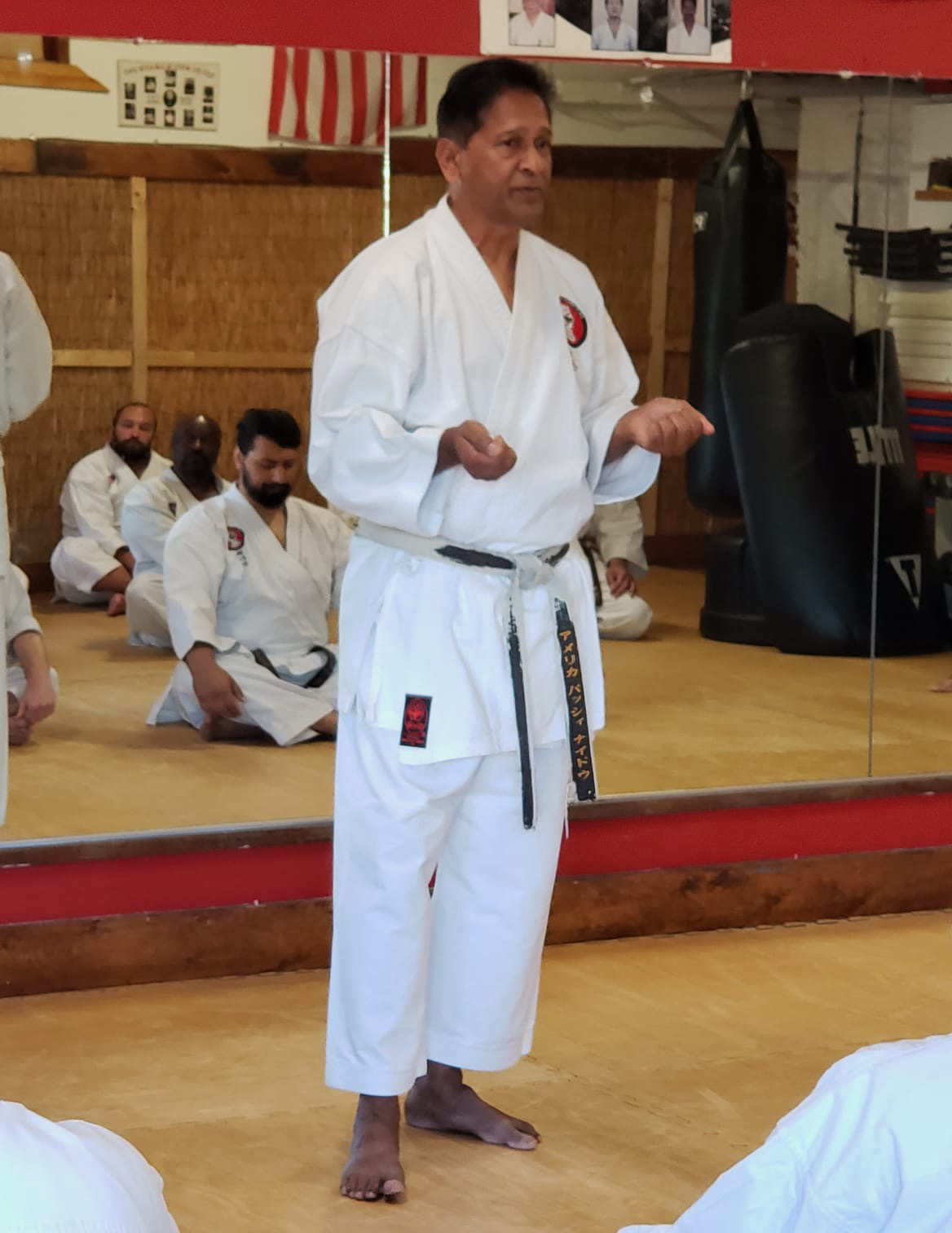 Get To Know Vassie Shihan—Part I

To truly know the Goju-Ryu Seiwa-Kai Karate of LA dojo, one must know our founder and head instructor. I had a chance to speak with Vassie Shihan and ask him some questions about his journey being a student, teacher, and mentor of so many in the name of his love for traditional, Japanese Goju-Ryu Karate.

He was so gracious and humble with his answers—and his time. He has an amazing story to tell. It’s so intriguing and inspiring that I had to break this article up into four parts.

Vassie Naidoo Shihan began his karate journey about 56 years ago in Durban, South Africa. As a youth he was always athletic and active. He participated in cricket, soccer, and 100m relay sprinting.

He soon became interested in Goju-Ryu karate. He was attracted to the street-fighting, situational style and spiritual depth of the art. He first trained with Sensei Vincent Moodley. He then began training with Sensei Leo Lipinski. This was the beginning of a lifetime brotherhood and partnership.

From there he went to Japan to train at Sensei Gogen Yamaguchi’s dojo. Known as “The Cat”, Yamaguchi Sensei was a direct student of Chojun Miyagi who is the founder of Goju-Ryu. There he earned his Sandan rank (3rd degree black belt) in 1978.

During this time apartheid was prevalent in South Africa. Vassie Sensei spoke his heart out about his disagreement of racial segregation. Being a karate teacher and business owner, he soon became a target of political groups for his views. He then decided that it was not safe for his family to stay in South Africa any longer.

By the invitation of Leo Lipinski Sensei, he came to Santa Monica, California for a visit and training. He decided that it would be his new home and planted his roots there in 1981.

Next week I will continue with part II of this extensive and impressive story of our founder, Vassie Shihan.

October 11, 2021: We will be opening our doors to returning karateka THIS MONDAY, October 11th! For everyone who is rejoining us, we will offer training for the rest of October for FREE. We hope to see all of you there!

Goju-Ryu Seiwa-Kai Karate of LA is currently seeking submissions for our weekly newsletter. Our first issue was published online on Tuesday, October 5, 2021.

The newsletter seeks to inform readers about issues—experiences in the dojo community and the seminar, the history of Goju-Ryu and Seiwa-Kai, situational awareness, belt testing, Q & A interviews, photos, etc.—that concern all karateka.

One way to ensure that the publication reflects your concerns and celebrates your victories is to become a featured author. Please send items for submission to: [email protected] or [email protected] 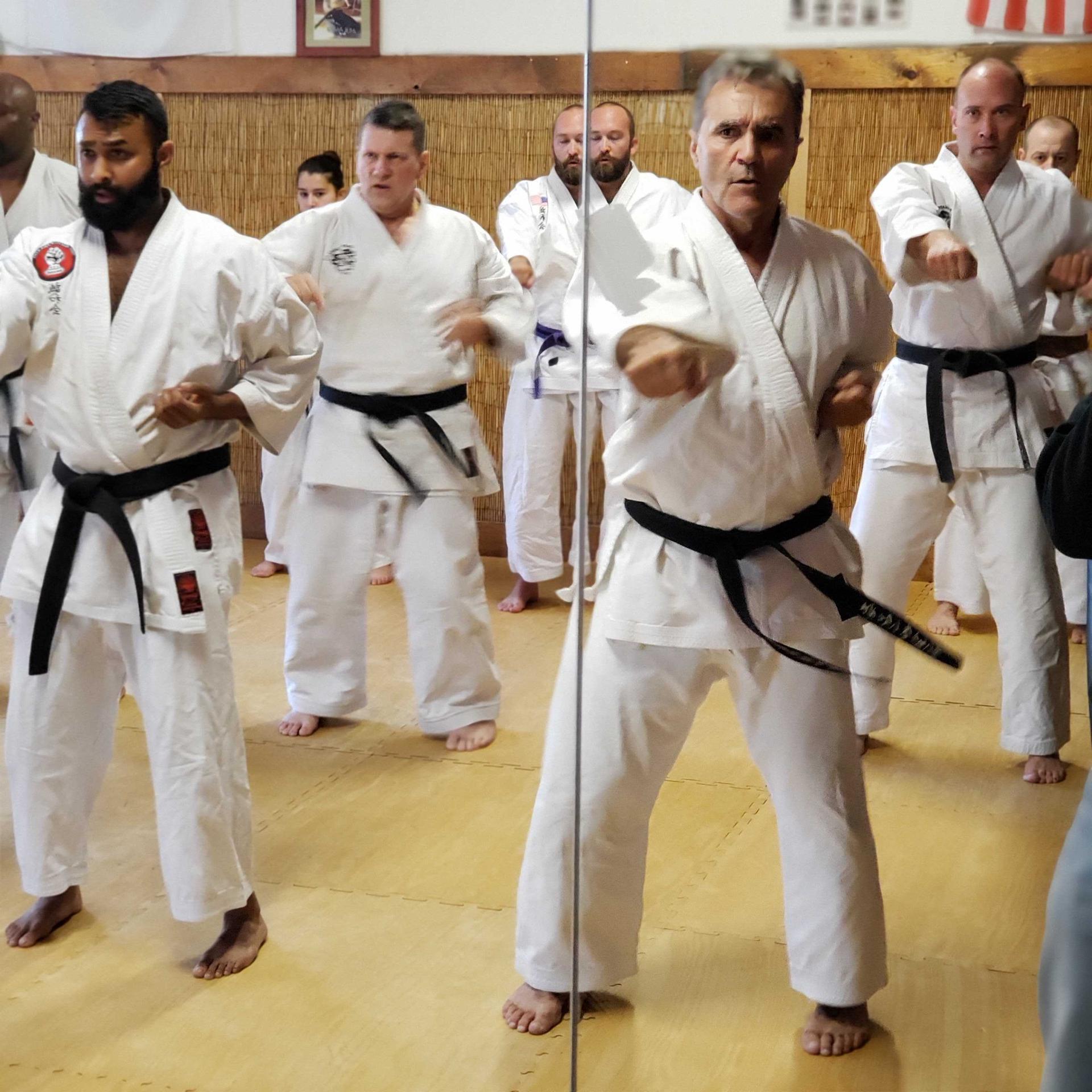 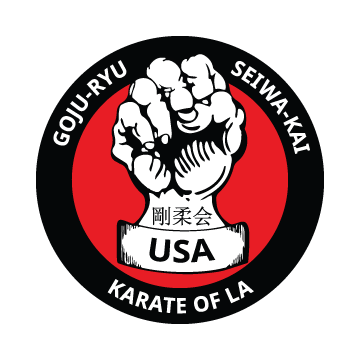 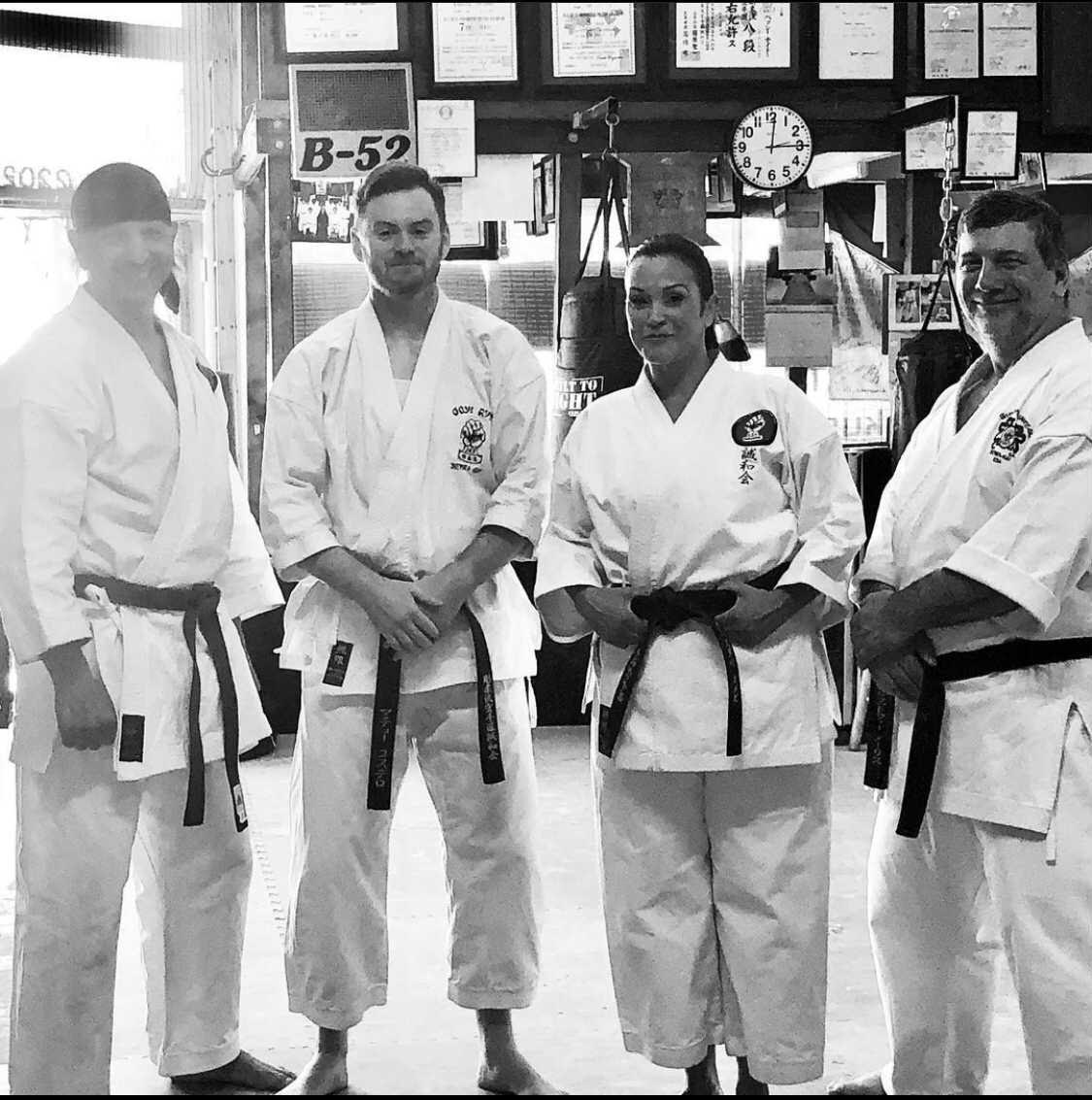 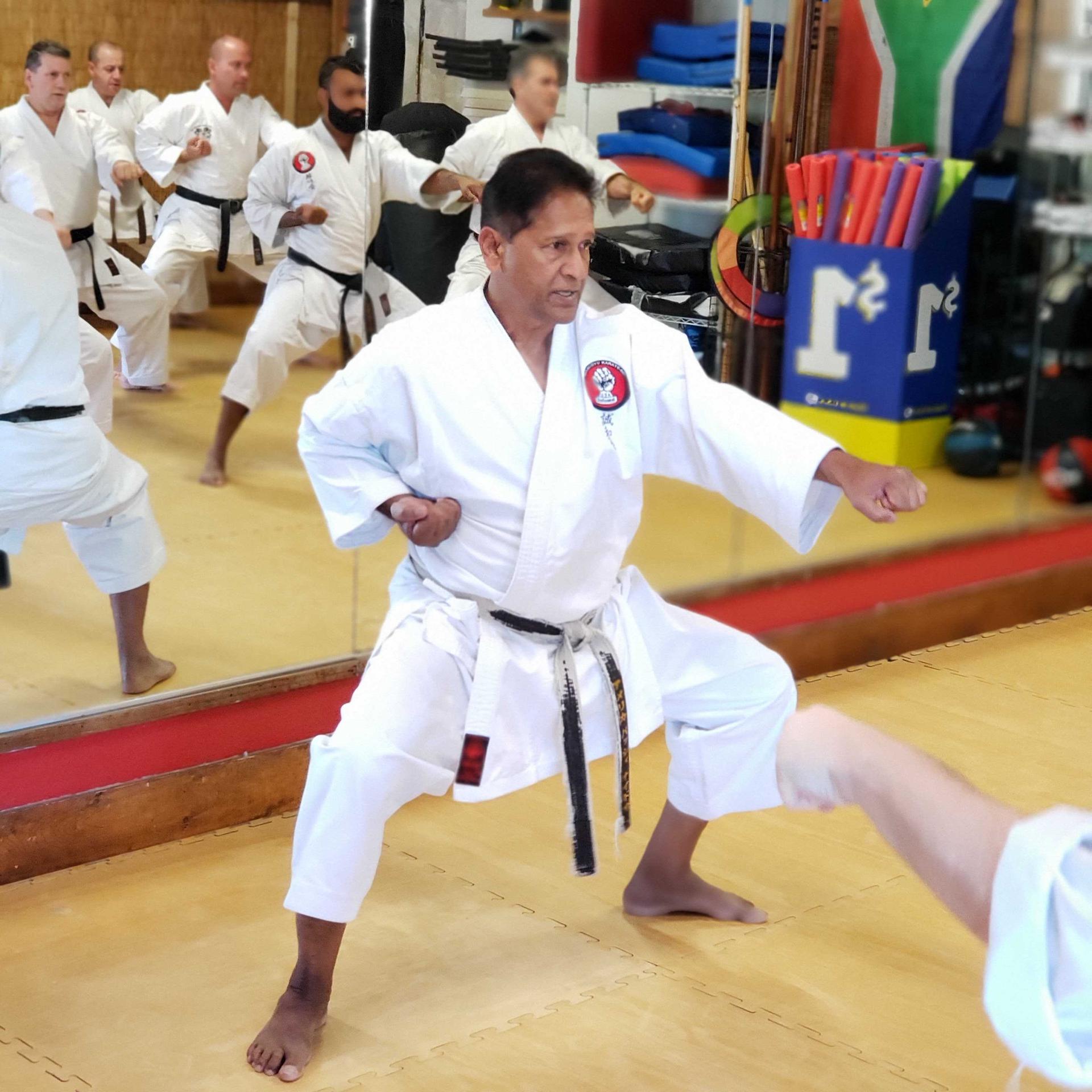 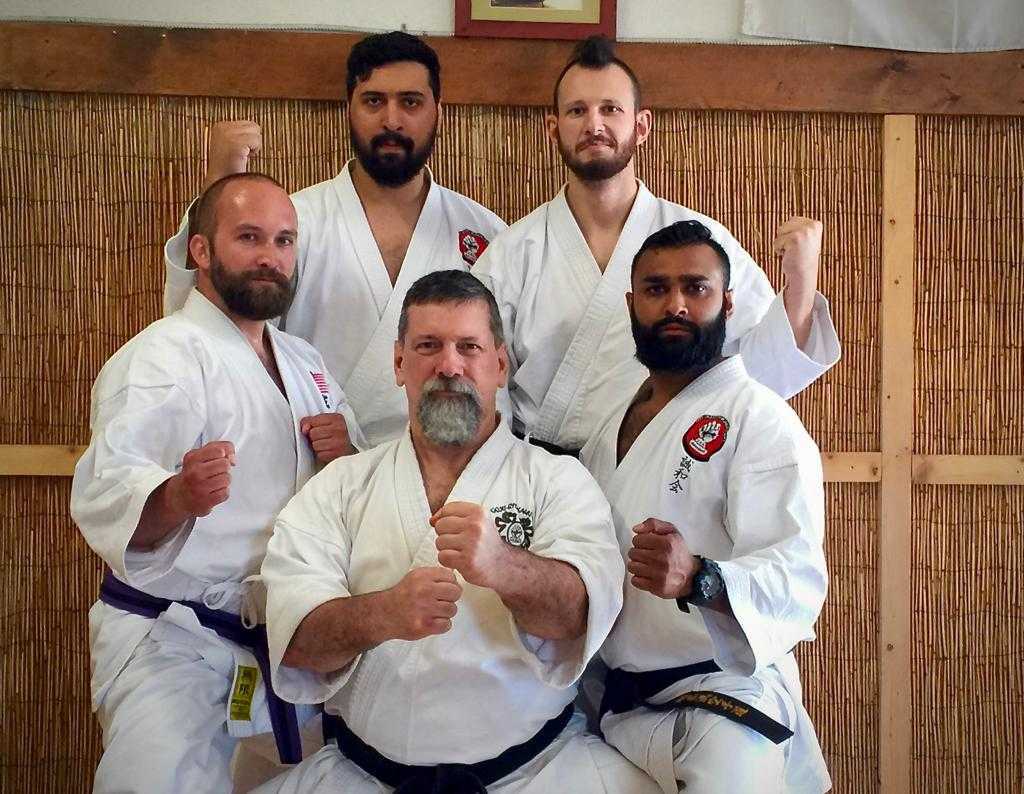 CALLING ALL MEMBERS: Time to get back to in-person training at our NEW HONBU DOJO!